Zapsportz.com window on to footballers social media…Gareth Bale does a Bond!

THE name’s Bale… Gareth Bale! Looking much like 007 himself, Bale flew into London from Spain for the premiere of the new James Bond film on Monday – appearing on the red carpet at the Royal Albert Hall alongside pregnant girlfriend Emma Rhys-Jones.

Bale has missed Real Madrid’s last couple of games through a niggling calf injury but he was up for his special assignment  back in London as a keen spectator for the latest  installment in the Bond franchise.

The 26-year-old Wales international donned a dapper black suit and bow-tie for the occasion alongside Rhys-Jones, who wore a long black dress.  He had earlier posted on Instagram this shot of his trip from Spain aboard an executive jet – a decent Bond pose as the 26-year-old made a cell phone call while looking after what for all the world could have been a special agent’s brief case. Bale was joined by other football celebrities at the premiere. Gary Lineker, former England and Barcelona striker who now presents Match of the Day, was also in attendance.

Meanwhile, Wayne Rooney may not have played well in the Manchester derby – who did, exactly? – but he still knows how to party.  Here he is arriving at Liverpool’s Hilton Hotel for his 30th birthday bash… Wayne Rooney arrives for his own party…

Rooney celebrated the big three-oh in the company of friends, family and Manchester United team-mates past and present on Sunday night.

This shot of him arriving looking rather glum was posted by Mail Online. He was later joined  by family, friends and team-mates both past and present. 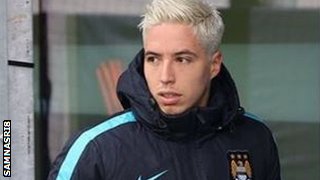 Samir Nasri hoping that blondes do have more fun

Aston Villa defender Micah Richards has paid tribute to Tim Sherwood, who was sacked as Villa boss on Sunday, writing:  “Just want to thank the manager for everything he did during his time at the club. As players we also have to take responsibility and I’ll always appreciate him bringing me to this great club.”

Liverpool defender Mamadou Sakho has met Liverpool supporters and signed merchandise for them. “Good times with the fans today,” he tweeted. 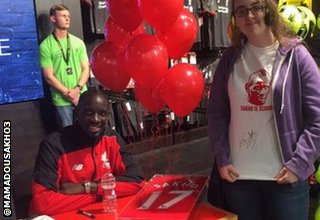 Following his first hat-trick of the season, Tottenham striker Harry Kane tweets  that he has tweaked his profile name from @HarryKane28 to @HKane on the social media site.