Why the MLS is the fast rising league in the world.

The year is 1993 and the Premier League is just starting to lay the foundations to soon be the most dominate league in the world, the Serie A is losing some top stars and isn’t as powerful as once was, and the world is getting ready for the World Cup. But this World Cup was to be different to any others. It was finally in the United States of America. Yes, the country where ‘Soccer’ wasn’t even in the top 4 sports in terms of popularity in the country was getting the tournament that every footballing nation worshipped. I don’t think many realized at the time, but this World Cup would bring in a sudden burst of ‘Soccer’ into the USA. The World Cup was a huge success.

Formed in 1993 in part of their bid for the 1994 World Cup, Major League Soccer was established, and in 1996, when there were only 10 teams in the whole league, the first game was officially played between the San Jose Clash and D.C United. Initially, the America public took an interest in the league and the sport, but the novelty seemed to wear off for them, and the attendances declined in recent years.

For years, the MLS kept losing hundreds of millions each year, with no one essentially caring about football and looking more at Baseball, American Football and Basketball for their main sporting entertainment. The MLS was going downhill rapidly, but from around 2002, they have never looked back.

Since then, the league has been on a high. Players like Thierry Henry, Robbie Keane, and Tim Cahill have come and gone, whilst some have stayed like Keane, but overall these players have enhanced the league to levels that no one had ever expected. Everyone knows the LA Galaxy thanks to David Beckham, whilst Thierry Henry brought a swagger to New York. The MLS had arrived, and intended to become one of the powerhouse leagues in the world.

Robbie Keane is one of many imports that have made a huge impact.

Not only had more well known players turned up, fans have returned in their droves to support their local teams. Seattle Sounders are the 2nd most supported club in the whole of the Americas, behind River Plate, and their stadium would be the 6th highest in the whole Premier League, and every week they sell out, which puts their support into perspective. But what makes the league special to some is the rivalries that are developing. For example, the rivalry between the New York Red Bulls and the recently formed New York City FC has been boiling for months, as I learnt when I made my last trip stateside. Talking to many of the football fans in New York, they believed that this game, which is on Sky Sports this Sunday at 10pm, will bring the city together to watch the event. It’s a game that in many years will be on the list of many football fans as one to watch at either the Red Bull Stadium, or the Yankee Stadium, renovated occasionally for when David Villa brings his boys with him.

The Empire State Building splits for the Derby in the Big Apple.

Steven Gerrard, Frank Lampard, Andrea Pirlo, Clint Dempsey are just some of the players who will bring even more attention to the league, and this is amazing for football. It’s what football needs, as a major league outside of Europe will add more eyes, more intrigue, and more attention to the beautiful game. Some see the MLS as where old flames go to burn out, or an easy pay packet, but when you see Kaka playing for Orlando City, or even the only openly gay professional player in football with Robbie Rodgers at the LA Galaxy, there is something that everyone can watch and enjoy. 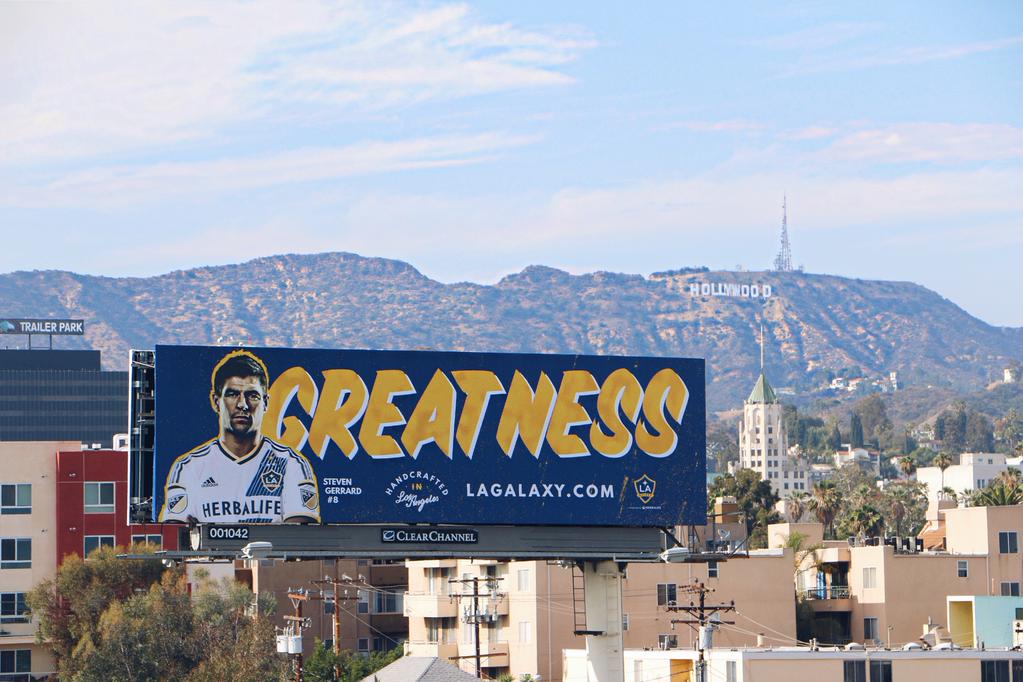 The MLS is here to stay, and if you go to any state that has major team, you will see that these teams have the same sports as the huge teams from other sports like the Lakers, the Yankees and the Cowboys. Soccer is big in America, the rest of the world just needs to embrace it soon.

One thought on “Why the MLS is the fast rising league in the world.”