Whatever changes they make to penalty shoot-out format – England will still lose to Germany!

The EFL is to support the trial of a reformed format for penalty kicks, by introducing the new ‘ABBA’ penalty shoot-out formula into EFL Competitions during the 2017-18 season.

For starters, the name of the proposed penalty formula is ridiculous, and secondly – what’s wrong with shoot-out system which has served us for donkey’s years?

At the end of the day, the winner takes it all (sorry for the Abba pun!), and will continue to do so whatever the format.

At least it’s not all about ‘Money’ Money, Money’. So what is it all about?

Apparently, it’s deemed that the team who takes the first kick in a penalty shoot-out has an unfair advantage.

Not if they miss, or if the spot kick is saved.

And why has it taken so many years to come up with such a flaky alternative? If it ain’t broken; don’t fix it. 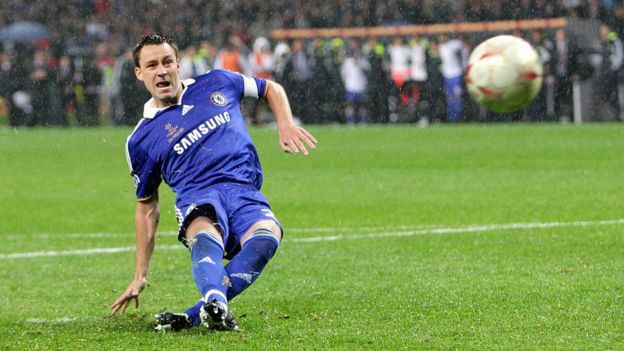 A statement from the EFL, sent directly to zapsportz, read….

“The new system, which is currently being supported internationally by FIFA and in some European competitions through UEFA, will see the new ‘ABBA’ penalty shoot-out system adopted for this season’s Carabao Cup, Checkatrade Trophy and Sky Bet Play-Offs as an alternative to the traditional ABAB pattern.

“The trial of the new system is being backed by the International Football Association Board (IFAB) in response to a hypothesis that the player taking the second kick is under greater mental pressure in the current format.

Shaun Harvey, EFL Chief Executive said: “We welcome innovation at the EFL and I am pleased to see that the EFL is able to play its part in an important development for football.

“IFAB have identified a theory that the current arrangements for penalty kicks potentially provide an unfair advantage to the team taking the first kick so we are keen to see if the new system has an impact on one of the most discussed issues in football.

“We all want football matches to be decided in a fair and consistent manner and I am sure the new system will add an interesting dynamic to the conclusion of matches in our competitions if required.”

If you think the idea is a good one give me a ‘Ring, Ring, Ring’ (sorry, another Abba pun), or better still drop us a line by email, tweet or on facebook. Be good to get your feedback.