Was Sergio Aguero smart – or was Marouane Fellaini stupid? You decide

JOSE Mourinho can argue all he likes about whether Marouane Fellaini deserved a red card for being a nutter! In my eyes, no case to answer.

The Manchester United midfielder lost his head; the one that landed on Sergio Aguero’s forehead.

Okay, so no bruises, no breakages – but it was all about the intent, and the loss of control by the big Belgian.

Of course, Aguero was always going to make the most of it. But a head butt is a head butt. No doubt in the ref’s mind; no doubt in my mind.

Don’t see why it’s a subject for debate. Fellaini was out of order and deserved to be sent off.

Mourinho, of course, tried to twist things around by suggesting that Aguero was ‘smart’ by going to ground. Sorry, but no defence. 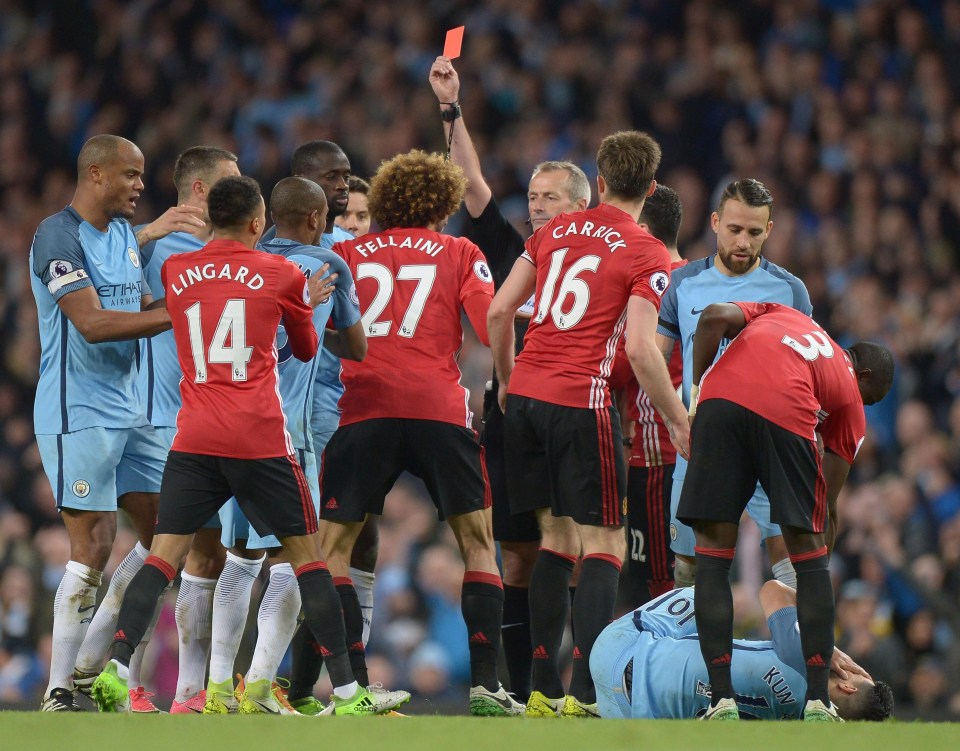 It’s not the first time the big, mopped-haired Belgian has been sent off for similar altercations. He has to pay the consequences.

As quoted on the BBC Sport website – http://www.bbc.co.uk/sport/football/39741179 – Mourinho, when asked if his man had been ‘foolish’ added: “Marouane says it was a red card because he is Marouane.”

Why always me? Where have we heard that before?

What a load of codswallop. Even if it had been the Pope in a United shirt it would have been a red card. All day long.

Sorry to repeat myself, but there is no defence for what Fellaini did. As much as Mourinho might argue the toss, as only he can.

Let’s hear more from the United boss as he tries to defend the indefensible. “If Sergio doesn’t go to the floor then it is for sure not a red card.

“Martin Atkinson(referee in question)  told me that in his opinion it is a red card, but I saw Aguero in the tunnel and no broken nose, no broken head, his face is nice as always. I am not sure.”

Stick to football management Jose – I certainly wouldn’t want you as a defence lawyer!