The greatest player of all time? Ten incredible stats about the one and only Cristiano Ronaldo

His hat-trick in Real Madrid’s  3-0 Champions League semi final victory against Atletico took his tally for the Spanish giants to 400 – although some media sources suggest he’s ONLY on 399.

Either way, he is unique in many ways – as we discovered when looking through his career stats and milestones.

Nothing short of incredible. Even given the fact that there are only two or three rivals of any note for Real in Spain.

The fact of the matter is that whilst Ronaldo puts many of the lesser La Liga lights to the sword, he also performs – time and time again – on the big stage as he did last night.

Here are ten top stats about the great man from Madeira…

Real Madrid’s amazing marksman took his tally to 103 Champions League goals with his hat-trick in Tuesday night’s 3-0 semi-final, first leg victory over Atletico at the Bernabeu. 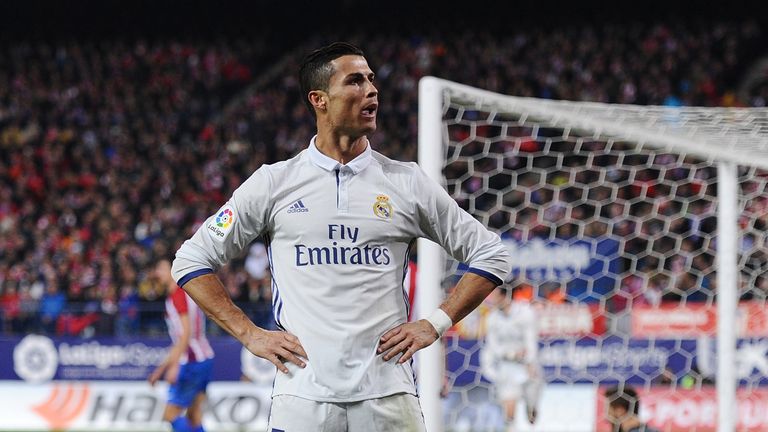