FRENCH defender Florian Lejeune says the prospect of working with Rafa Benitez was the deciding factor behind his move to Newcastle.

The 26-year-old central defender completed his£8.7million move from Eibar, so becoming the Newcastle manager’s second signing of the summer as the Magpies prepare for life back in the top tier of English football.

Lejeune  on Tyneside on Monday to undergo a medical and the newly-promoted club this morning announced that the player had signed a contract to the summer of 2022.

“Twenty-six-year-old Lejeune has put pen to paper on a five-year-deal with the Magpies, which will keep him at the club until the summer of 2022.”

Both player and manager took to social media to express their delight.

@lejeune_florian Rafa: “I would like to welcome Florian to Newcastle United. He is a player that has done very well this year in Spain.” pic.twitter.com/CH1iYy3UU8 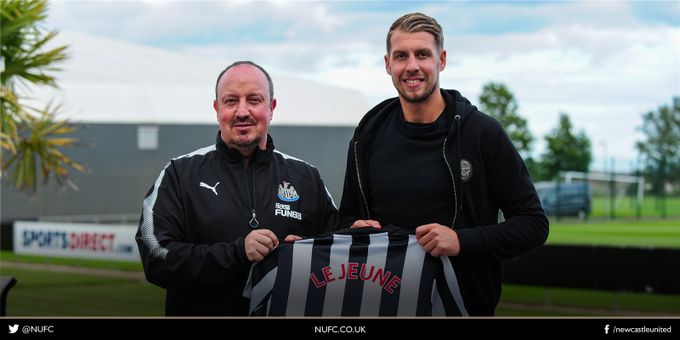 After starting his career in French football, Lejeune moved to Spanish side Villarreal in 2011 and was snapped up by Manchester City in 2015.

He was immediately loaned out to Girona, and made a permanent switch to Eibar 12 months later.

Now the former France Under 20 international hopes to finally make his mark in the Premier League after signing a five-year deal.

As quoted on teamtalk -http://www.teamtalk.com/news/lejeune-reveals-benitez-lure-after-becoming-newcastles-second-signing – Lejeune said: “When you have a manager like Rafa Benitez who wants you, you are very happy to come. Since I’ve been in touch with the manager, it was an easy decision for me to come here.”