AS Gareth Southgate prepares to name his squad for the World Cup qualifiers against Malta and Slovakia, Stoke keeper Jack Butland has sent a message to the England boss: I’m your man.

Joe Hart is Southgate’s number one, rightly so, whilst the likes of Fraser Forster and Ben Foster are also in the frame.

But Butland has come on in leaps and bounds in the last couple of seasons and is ready to challenge Hart for the national keeper’s jersey.

Match winner Jese Rodriguez was named Sky’s man of the match in Stoke’s weekend victory over Arsenal – but Butland was outstanding.

He produced a string of magnificent saves to deny Arsenal and should have taken the man of the match gong. No doubt.

He has grown in stature and looks the real deal, so Joe Hart, look out. He’s coming to get you.

Meanwhile, Stoke boss Mark Hughes reckons he’s landed a real gem in new signing Rodriguez, who had only trained with the squad for a couple of days before making his debut. 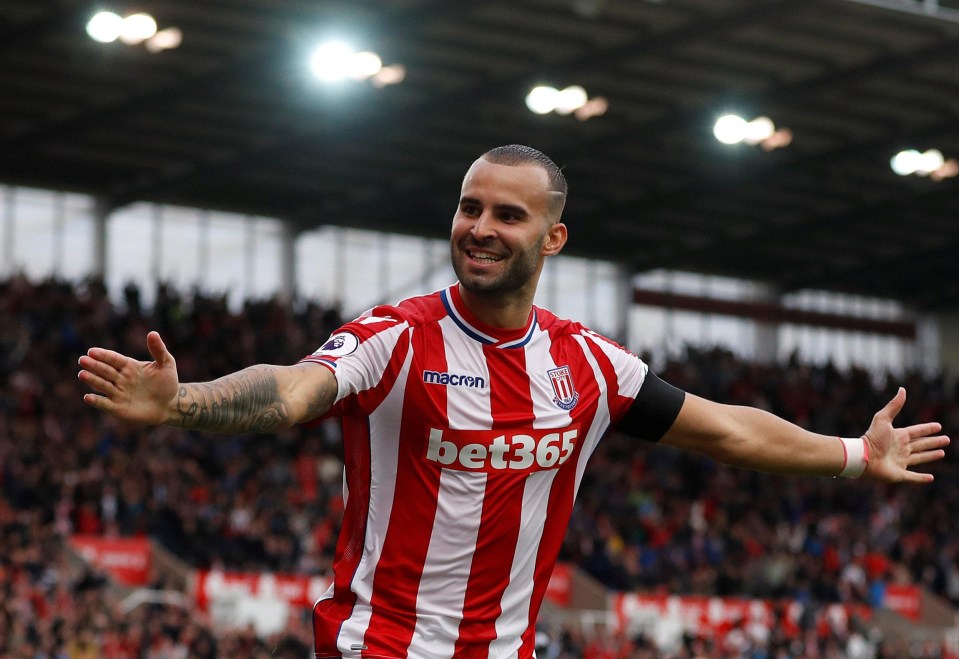 Hughes believes he has signed ‘an elite player’ who created havoc in the hour he was on the pitch. And scored a wonderful goal.

He’s only going to get better when he settles, and Hughes is confident he can help take Stoke to the next level.

The former Real Madrid player has joined on loan from Paris St Germain, and he’s made an immediate impression – both with his teammates and fans.

Hughes said in his post-match press conference: “We are delighted to have him. He gives us a new dimension which might shut the critics up, and he made an excellent debut – and scored a great goal.”