CHAMPIONS League-chasing Arsenal were denied a hatful of goals by the best young keeper in the country.

Jordan Pickford produced a number of wonderful saves – as he has all season for Sunderland – and I’ll be amazed if he’s still at the Stadium of Light next season.

I will also be very surprised if he is not England’s No.1 in the not-too distant future. Joe Hart has got more serious competition for his place.

Pickford, almost single-handedly, kept Arsenal at bay for 72 minutes before Alexis Sanchez – the Gunners’ player of the season – popped up with goals No. 22 and 23 of the season. 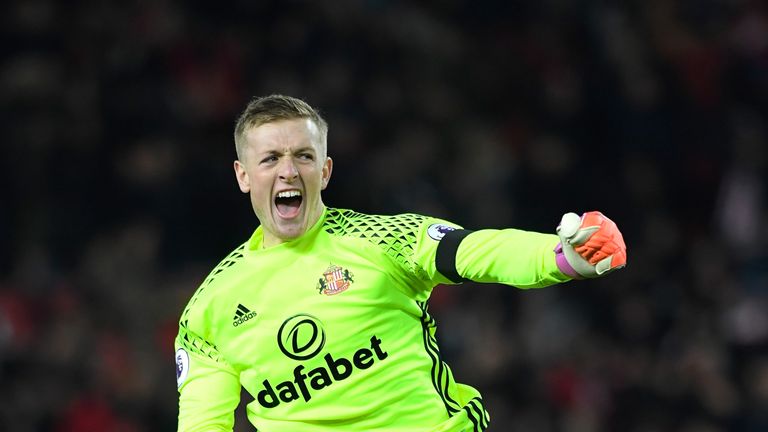 The victory means Arsenal take the race for the fourth Champions League place to the final day, but the odds are stacked against them making the cut for the 21st successive season.

Arsenal face seventh-placed Everton at home on Sunday – before taking on Chelsea in the FA Cup Final six days later – whilst Liverpool are at home to Middlesbrough.

It’s hard to see Jurgen Klopp’s men letting it slip against the second worst team in the Premier League and Liverpool looked nailed on for fourth place.

Similarly, following their 3-1 win over West Brom tonight, Manchester City are a fair bet to beat Watford in their final game of the season, so securing third place.

Pep Guardiola’s men are two points ahead of Liverpool; three ahead of Arsenal – with a superior goal difference – who will have to settle for the Europa League next season.

Whether that will impact on Arsene Wenger’s decision to stay or go remains to be seen. The same could apply to match winner Sanchez.

Arsenal need City to slip up at Vicarage Road on Sunday and hope they don’t come up against an Everton keeper with the power of Pickford.

It’s a long shot, that’s for sure, but where there’s life there’s hope. But only just. End of an era at the Emirates?

How the table looks