EVERTON will tie up their latest – possibly their last – summer signing by completing the capture of Gylfi Sigurdsson. Possibly, later today.

Not entirely surprising as the move has been on the cards for some time. The fact the Icelandic international missed Swansea’s pre-season tour spoke volumes.

He was also inconspicuous by his absence when the Swans took on Birmingham. He also missed the goalless draw at Southampton on the opening day.

Everton have certainly been busy in the transfer market and the capture of Sigurdsson completes Ronald Koeman’s super six.

Sigurdsson has undergone a medical at the club’s training ground and manager Koeman is confident he’s got his man.

No doubting the talent of the man who joined Swansea after a spell at Spurs, but I agree with TV pundit Pat Nevin when he says £45million is ‘stupid money’.

But then ‘stupid money’ has been thrown around all summer. Swansea will see it as good business, despite losing their star player.

The Ice Man can score goals, provide assists and cover more ground than most, so would undoubtably be a valuable asset.

If the deal goes through it would seem to pave the way for Ross Barkley to leave Goodison Park. And there will be no shortage of takers.

Koeman’s clearly not happy with him and a move is probably best for all parties. He just wants to know where he stands. 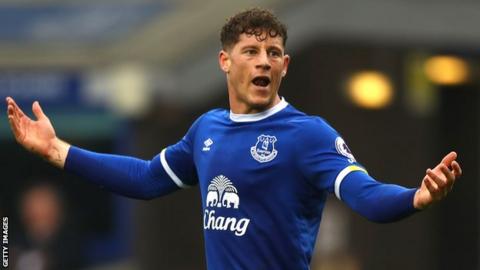 Barkley is on the radar of a number of clubs and whilst there is no doubting his talent, there is a question mark over his temperament.

He needs a strong manager who believes in him and who will rein him in; it would be sad if this great talent goes to waste.