ENGLAND can take positives going into the Lithuania World Cup qualifier despite being beaten in Dortmund by Germany on Gareth Southgate’s first game as permanent England manager.

Although a friendly, the game felt more like a Podolski testimonial, with the German coincidentally getting the winner.

While the score line was a negative, there were many positives to take away from the game.

Southgate surprised the English faithful with a 3 -4 -3 formation and started Burnley’s Michael Keane who made his England debut alongside West Bromwich Albion’s Jake Livermore.

Keane, who played his first game for England looked assured and steady throughout the game, and did well in testing circumstances, Burnley’s first player to represent England since 1974.

Tottenham midfielder Dele Alli showed he has all the qualities to become an England regular for years to come and Liverpool’s Adam Lallana carried on his club performances with another solid display that now makes him an automatic choice for England.

Manchester City defender John Stones appeared with a few seconds to go and will become England’s first choice centre back with years to come, especially under the guidance of Pep Guardiola. 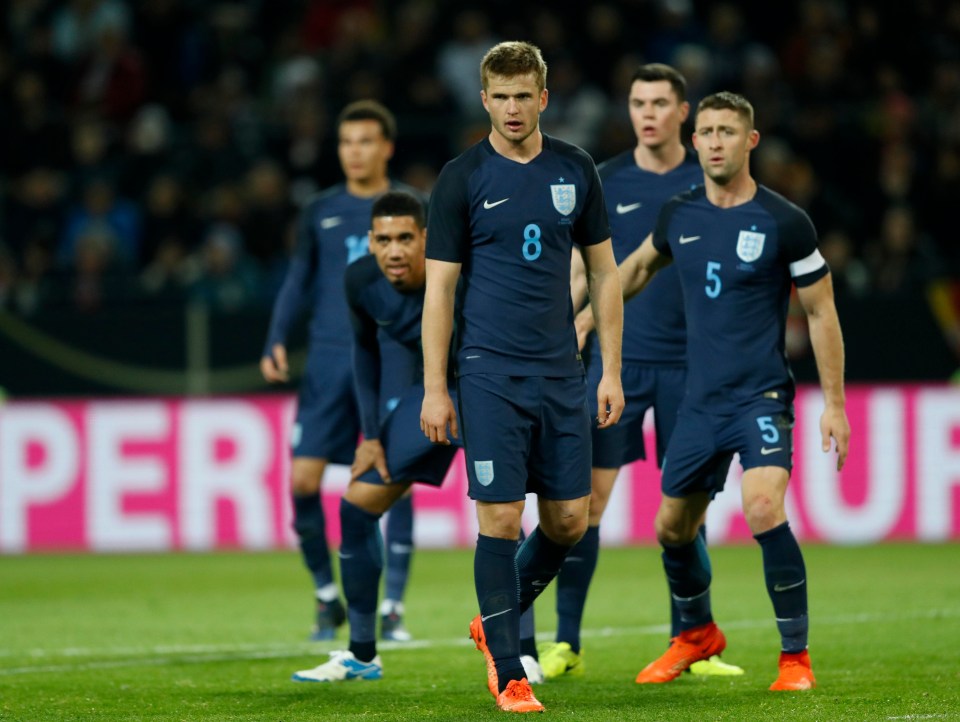 The starting line-up did miss a lot of regular starters with Harry Kane, Jordan Henderson & Wayne Rooney being obvious absentees with the latter a sense of the Manchester United man’s international career coming to an end.

England were also missing Tottenham’s Danny Rose who has matured at left-back.

England looked effective in possession, created chances and were a threat for the current World Cup champions. Southgate will have left Germany very pleased with the performance and will look to carry the same intensity and display against Lithuania on Saturday.

Southgate had nothing but good words for the players, “I thought we were the better side up until their winning goal. That was a good learning experience for our young players who made their debuts.”

Up next, England return to their World Cup qualifying campaign. They will host Lithuania on Sunday and will look to increase their 10-point lead in Group F. “Sunday is the most important game and we will have a good game-plan to attack that game”, said Southgate.

England should come out of the game with maximum points and still top of the group, but failure to do so could cost them top spot with Slovenia right behind the Three Lions on 8 points.

England haven’t lost a qualification match since October 2009 and are favourites going into the game, but football is a funny old game and no team should be taken lightly at International level. Southgate and his men will go into the game knowing that nothing but 3 points will do. Both teams will also pay tribute to the victims of Wednesday afternoon’s terror attacks in London.