THE career and life of Kenny Sansom has been nothing but colourful and eventful – and all the ups and downs will be featured in the Footie Legends 100 film about the former England international.

Arsenal legend Kenny has had his trials and tribulations of late but is hopefully on the up and up as he confronts his demons.

The football family wish him well in his recovery process – and we are sure the film/documentary about his life will be a huge success. Check out the details below. 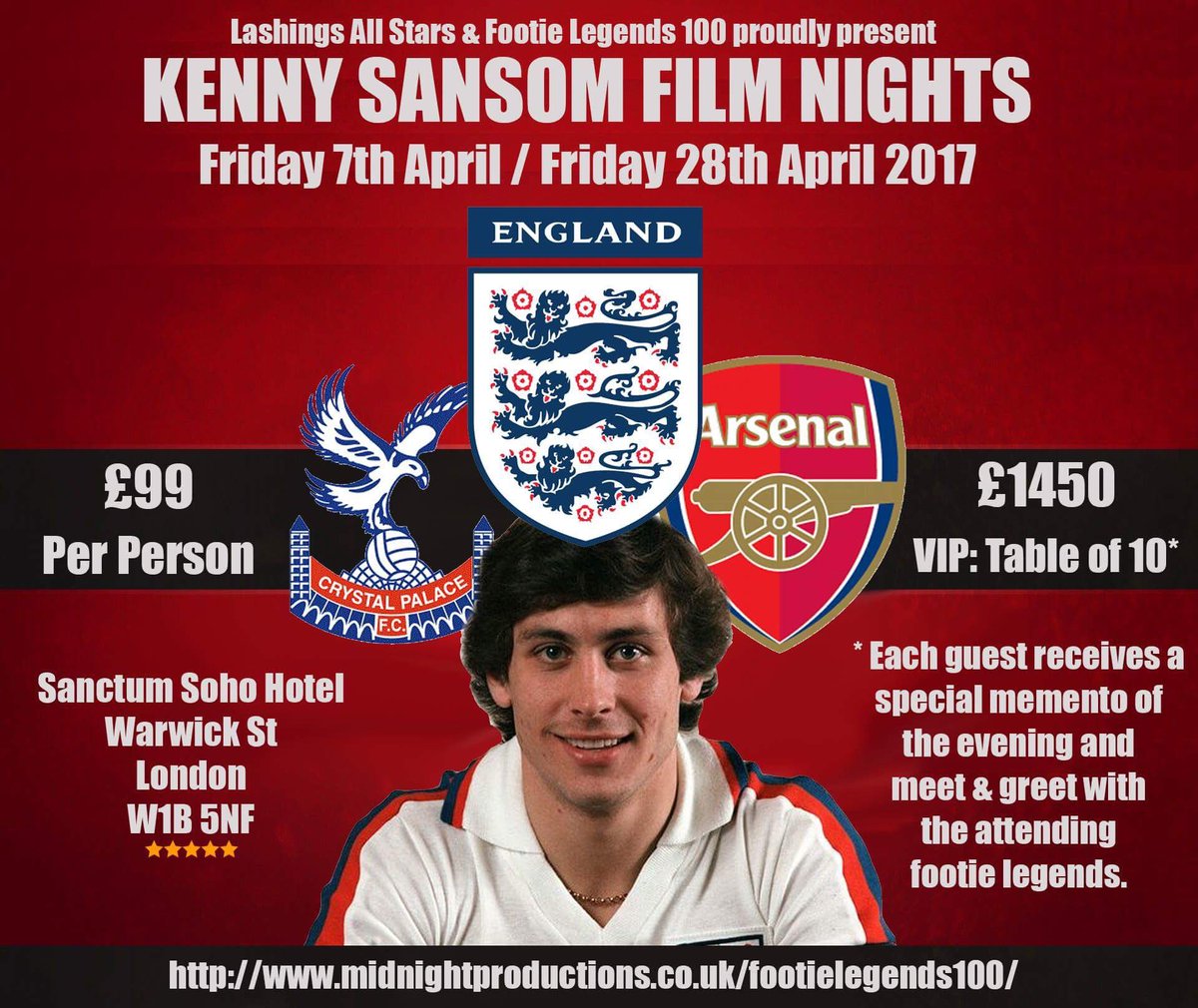