Are the Milton Keynes Dons still a controversial club?

The MK Dons, also known as “The Franchise” by some fans across the country, but are the club still a controversial issue in football, 11 years after they were formed? Being from Milton Keynes myself, I know what it’s like to be around the club, and I know how difficult it has actually been for them to gain any sort of fan base. It isn’t Milton Keynes they should be worried about getting fans from, it’s everywhere else. 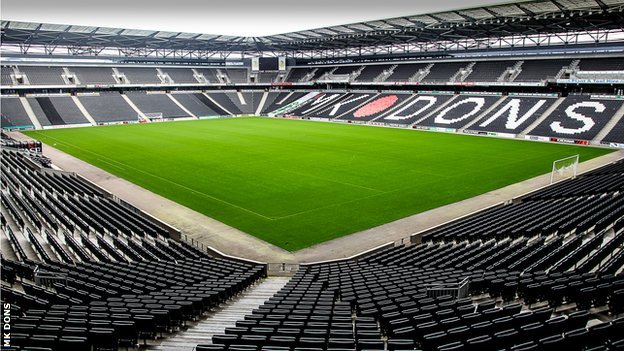 When the Milton Keynes Dons moved from Wimbledon in 2004, I was only 7 years old at the time and had already picked my team to follow, and it wasn’t my local team, mainly because I didn’t have a local team. So when the Dons came to Milton Keynes, I would follow them too, right? No, because even from an early age, I knew it didn’t feel right. They played in the National Hockey Stadium, which is no longer there, and didn’t really have any pull to a young football fan like myself. I had seen what had happened on the news, and didn’t really like the fact Milton Keynes had essentially stolen a club. But that wasn’t actually the case. Milton Keynes didn’t steal anything, it was what the Wimbledon owners at the time wanted.

Don’t get me wrong, a team moving 50 miles from where it’s from isn’t great, but when the club actively seeks to move away, then there isn’t much to argue. Fans of AFC Wimbledon are right in their protestations, but keep in mind that former owner Sam Hamman wanted to move to Dublin, so it could have been a lot worse. Although, the way Milton Keynes went about the transition could have been a lot better. Pete Winkleman, owner of the MK Dons, would have been better off starting the club afresh and letting AFC Wimbledon have the history instead of passing it off as MK Dons history. Since the first few years, and since the first few mistakes, the MK Dons have actually been on a uphill rise.

With the construction of the new Stadium:MK giving The Dons a potential 32,000 capacity stadium upon completion, the club are looking in a positive direction. The fact that they have built their own stadium, and are building their own history, despite how little it may actually be, begs the question of “Are the MK Dons still controversial”. 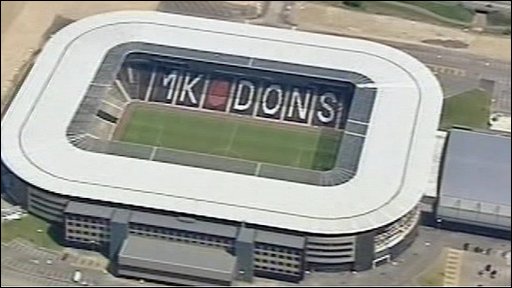 My answer to that question is no, because it’s been 10 years and AFC Wimbledon have risen up the league pyramid and are close to actually being level with the Dons, but I understand why they were hurting at the time. I feel like it’s time to move on from the controversy and let the Dons move on to bigger and better things.

I went to the final Dons game of the season against Yeovil and it was the game in which they won promotion to the Championship, and I think it was that game where I changed my view on the MK Dons. The fans were loving it, the players and coaching staff were enjoying the moment, and quite frankly so was I. I loved seeing the fans and players being one in each other and just enjoying the moment.

Them moments are what make clubs special and what makes football special for those involved, and that is why the Milton Keynes Dons are slowly establishing themselves as a Football League club. Victories against Manchester United and other Premier League clubs are what make history for that club, and that is why people should really stop hating them. It’s been over 10 years since the Wimbledon move, and everything the club is doing should mean that people almost accept that they are here to stay.

Not condoning that any clubs moving 50 miles away is good, but after 10 years, you learn to live and forget.

5 thoughts on “Are the Milton Keynes Dons still a controversial club?”