A moronic minority of idiots are tarnishing the reputation of decent England fans…again!

FA chairman Greg Clarke has condemned the ‘inappropriate, disrespectful and disappointing’ behaviour of a section of England fans during last night’s so-called ‘friendly’ with Germany in Dortmund.

Of course, there is history between the two countries – on the battle field as well as the football field – but, seriously lads…get a life.

What do inane chants achieve…what pleasure do you get from delivering them…what is the point?

History is history. Move on. It’s a game of football, for heaven’s sake. Hope you are proud of yourselves today. TV cameras don’t lie.

You will be found out, revealed – and dealt with accordingly. 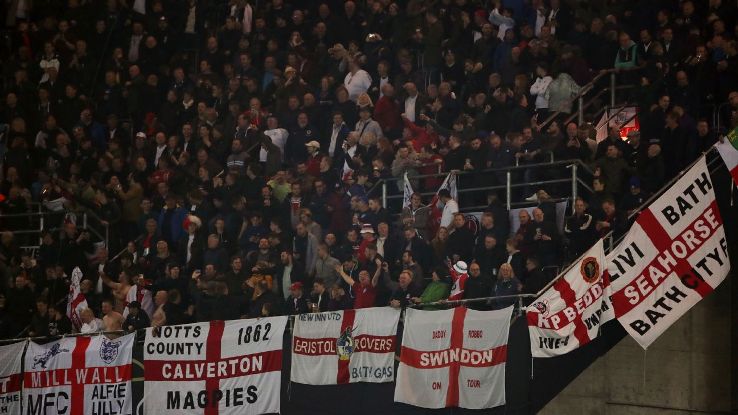 The FA is trying to gather footage of the fans concerned and if found to be involved, supporters could be banned from attending games. Quite right.

They are not football fans; they are racists; antagonists – and, quite frankly, idiots!

“The FA has consistently urged supporters to show respect and not to chant songs that could be regarded as insulting to others,” said Clarke – as quoted on the BBC Sport website  http://www.bbc.co.uk/sport/football/39370763

He added: “Individuals who engage in such behaviour do not represent the overwhelming majority of England fans nor the values and identity we should aspire to as a football nation.

“We are working with the England Supporters Travel Club and speaking with the Football Supporters’ Federation to come together to address this issue.

“Everyone involved in the game has a responsibility to ensure that attending a football match is a safe and enjoyable experience for all.”

A Football Supporters’ Federation (FSF) spokesman said: “Over the last 20 years, English football fans have built a worldwide reputation for our passionate support and the vocal backing we give to our teams.

“Unfortunately little of the wit and imagination that goes into our club football songs is reflected at England games.

“England’s travelling support is made of people of all ages from a range of clubs, many of whom have worked hard in recent years to improve our standing abroad and have expressed concern to us about these chants.

“We don’t want to regress to a situation where that reputation is tarnished by the actions of a minority.”